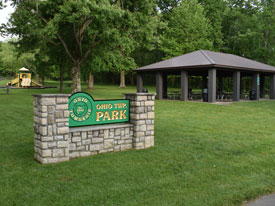 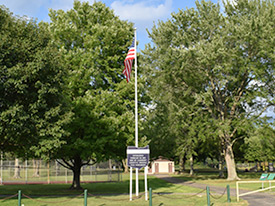 The Township Park has an open shelter for outdoor usage. Restrooms are available on Saturdays and Sundays starting usually in April until the end of October, both dates depend on the weather, from 8am until 9pm and of course, there is a portable available year round. The park has two ball fields, tennis courts, pickleball courts, walking trail, children's play area, picnic tables in the park outside of the shelter and there are 5 outdoor grills near and around the shelter area. Garbage cans are placed in different locations for cleanup. 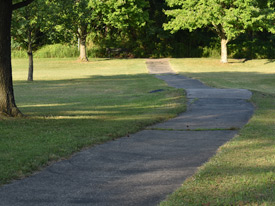 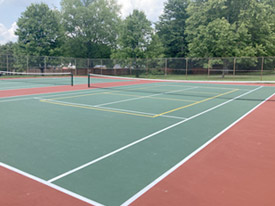 The trustees purchased property for the park in 1976 and began the Park Project two years later when in the spring of 1978 two ball fields were opened for use. Bleachers were added later that summer as the New Richmond Girls Softball teams began using the fields for their home games. The park shelter, the concession stand and the restrooms were opened in 1980. Since that time continuous improvements have been made - tennis courts, playground equipment and walking trail. The Park is open from dawn to dusk year round. The Park Shelter may be reserved on weekends and holidays. The Mt. Pisgah Civic Club donated the building that is now known as the Township Hall in the mid 1970’s. The Trustees remodeled the Hall in 1980 and began offering it to Township residents free of charge - a practice that continues today. The hall is available mid-March to mid-December by reservation only. 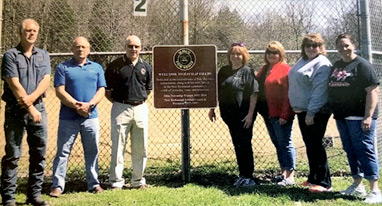 On April 9th, 2017 the New Richmond Girls Softball Association along with the Ohio Township Trustees dedicated the softball fields in honor of Ray Hayslip. The softball fields have now been renamed Hayslip Fields. Ray Hayslip was an Ohio Township trustee for 22 years. He believed residents deserved a good fire department nearby, so he worked with the other trustees to have Pierce Township staff and operate the fire station. He worked to improve the township parks by installing new playground equipment, improving the shelter house and tennis courts and building a walking trail. He was a coach with the New Richmond Girls Softball League for 27 years and was league president for 10 years. He served as president of the Southern Ohio Girls Softball League for 15 years. He also is a U.S. Army veteran.