There are 17 cemeteries located within Ohio Township. The township maintains six of those, of which, three are still active: Mt. Pisgah, Moreland, and Warren. The remaining three are Samarian, Citizens, and Collard. Contact us at 513-553-2300 for cemetery questions. 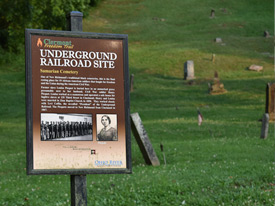 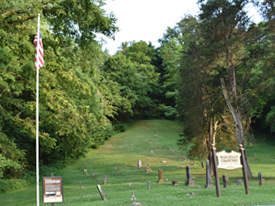 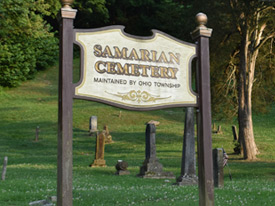 A traditional black cemetery, Samarian cemetery is the final resting place for numerous African-American soldiers that fought for freedom and the Union during the Civil War.

After the war, many African American Union veterans established New Richmond as their home. Samarian Cemetery on Rt. 132 just outside New Richmond is the final resting places for some of these brave men. The cemetery is a featured stop on the Clermont Freedom Trail.